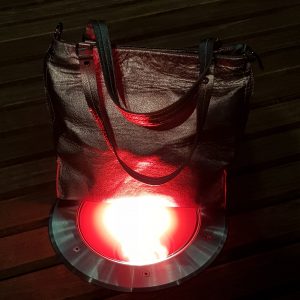 We’re all in admiration of our teammate Sophie.  She’s the quietest in the office but yet has the most awesome presence.  Quietly confident is a better description and it’s something to which the rest of us can only aspire.

Sophie is an only child and loves it.  She came from modestly humble beginnings and learned from an early age that silence was golden.  She found that you don’t need siblings when you had an imagination as vivid as hers.  Every day was an adventure she’d constructed in her mind.  Every night was a dream that played out like a full-length movie.  There is no grey in Sophie’s world, just colour.

Sophie was more reserved than other children.  She didn’t yearn to play at their houses or long for them to play at hers.  She didn’t hang around in groups in the school playground.  She surrounded herself with her scrapbook, some colouring pencils, and a mind engulfed by wondrous imaginings.  She was a happy creative soul.

Her parents, however, became increasingly concerned with Sophie’s introversion.  They confused her reservation with shyness and consumed themselves with worry about Sophie’s seeming lack of will to socialise with others.  Why doesn’t she talk to anyone?  Will she be lonely at school?  What will she do at work?  What about if she has no friends and is alone for the rest of her life?

So they came up with a solution and decided it was time … that Sophie had the Spotlight.

Sophie was duly enrolled in Drama and Theatre school.  Surrounded by young budding actors and actresses who couldn’t stop talking, singing, dancing, or acting.  What a nightmare.  Then came the dawning realisation of what was to come … poetry, monologues, duologues, improvisation … in conference halls, full of spectators.  Not a nightmare, this truly was the end of the world.  Beneath all the timidity, however, was a brave little soul and Sophie soldiered on.

Now, decades later, Sophie surrounds herself with Arayla lookbooks, sample drawings, and a mind still engulfed by wondrous imaginings.  She sits, in quiet contemplation, knowing that buried in the depths of her wardrobes are boxes full of the certificates, medals and trophies from all the various competitions she took part in … and won.  Sometimes, the Arayla London girls ask her to recite old English poetry.  She speaks beautifully, it’s like listening to music.  We often tell and are inspired by, our beautiful Sophie’s story.

The story, of course, is not about a girl finding herself or coming out of her shell or developing a newfound confidence.  The story is about the world understanding the obvious truth that it’s the confident quiet ones that grab the real Spotlight.

To deliver beautiful products, ethically crafted in Los Angeles, with warm customer service. We will not be ‘yet another handbag company’.